Michael Merriman is an amazing person. He is an accomplished artist, a community activist, a self-advocate, a volunteer, and so much more. His artwork has been on display at the Philadelphia Museum of Art and at Philadelphia’s City Hall. He has met with every legislator that would see him, and he has marched the hill in Harrisburg countless times. Read more about Michael and his story.

Michael works tirelessly on behalf of individuals with disabilities and refuses to give up on making real change. He participates in community outings and day program services in the Cultural Arts Program at SpArc Services. If that’s not enough, in the coming months, Michael will realize another personal goal of employment with his job as Assistant Studio Manager at SpArc Studios.

Support that Michael receives from the staff at SpArc Philadelphia plays a big part in his success. They really work to understand Michael’s goals and help him to achieve them. They create opportunities that enable him to continue on his path to realizing his full potential. 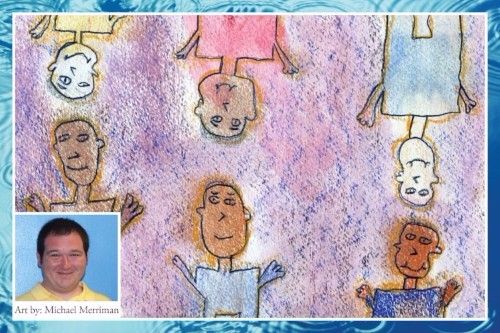